After an interview with Cyril Dupuy, the founder of Vaonis, Occitanie’s leading French daily newspaper, Midi Libre published a one page article on April 11th, 2017. The article talks about Cyril Dupuy, a young start-up entrepreneur from Montpellier, France who invented and designed a new generation all-in-one compact telescope dedicated for those who are passionate about observing the stars in the night sky.

‘Stellina telescope is so light that you can take it anywhere and it fits perfectly into a backpack or suitcase and weighs only 7kg’, he explained. He also added that the telescope is so easy to use and can be installed in less than 5 minutes and is adaptable for use by children aged 8. He pointed that the device is controllable via a mobile application and the designers goal is to create a community of users through social media and bring together amateur astronomers. Vaonis also plans to showcase the most beautiful photographs taken by its users on traditional social networks, such as Facebook or Instagram. As per article the product will be available on the market by the end of 2017 at a cost of 2,199 euros in specialist telescope outlets or Vaonis website. He concluded the interview by presenting their award winning jury prize from Nature & Découvertes in 2016. 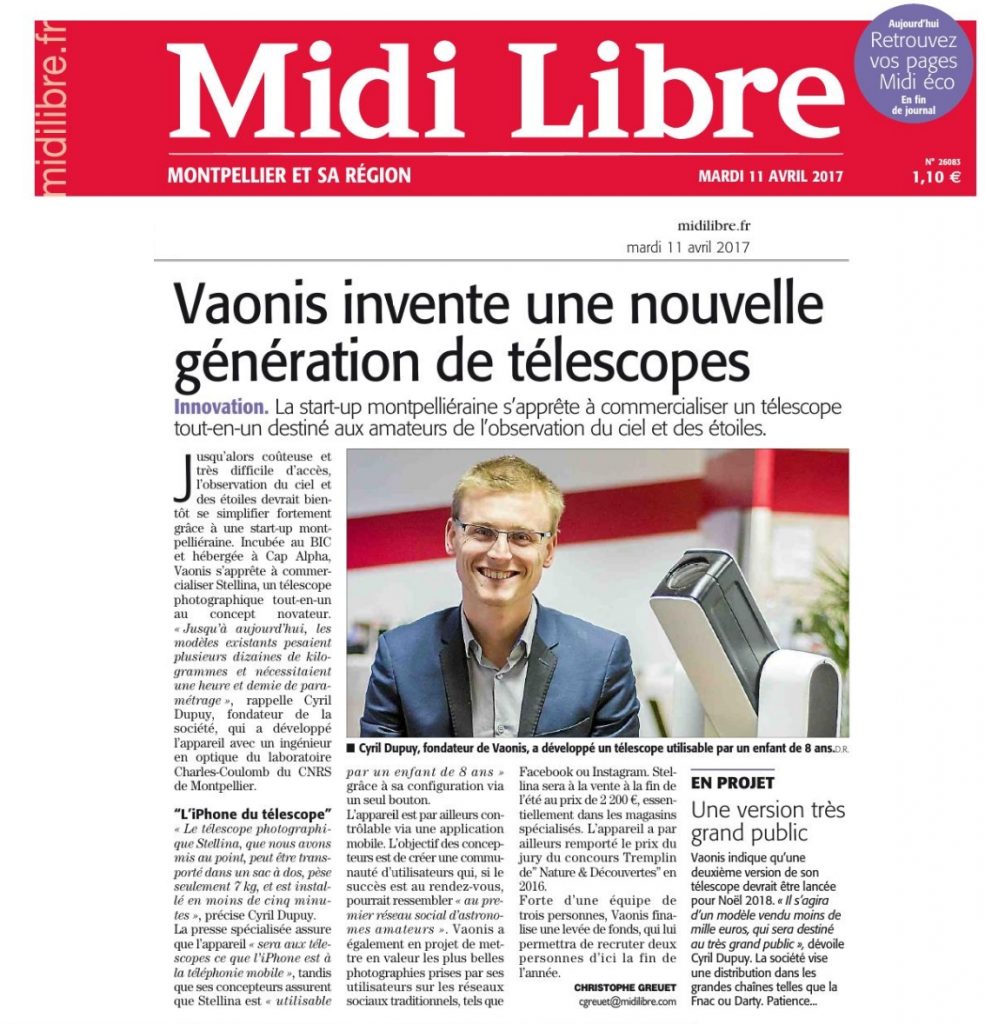