Partnership with the SpaceBus project 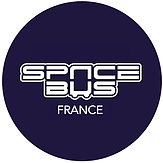 Vaonis is proud to announce its participation in the SpaceBus France project, a travelling bus created by researchers working at the Paris Observatory in order to promote stargazing and astronomy for the general public and children. Thanks to the generosity of one Vaonis customer, SpaceBus France’s crowdfunding campaign reached its goal of raising €10,000, making it possible to finance the purchase of the bus and its transformation into a travelling space shuttle.

SpaceBus France is a free event open to all that offers the opportunity to discover astronomy and life in space. The SpaceBus will meet locals and tourists this summer to offer fun and accessible animations (escape game, treasure hunts, enigmas, manual workshops) and observations of the sky, animated by professional astronomers and local amateur astronomers.

After a first edition organized in Morocco, the team will travel this year across South of France from July 29 to August 24, 2018. The bus will visit 20 cities in 26 days, from Agde to Nice, to enjoy starry nights with the public.

Vaonis has joined the project and is happy to support the project by lending Stellina telescope for the duration of the event. Indeed, Vaonis and the SpaceBus France project share the same mission and the same will to make discover astronomy to the general public, a science which seems inaccessible for many. By offering a simple and playful way to approach scientific fields, we wish to transmit our passion and make the general public rediscover the sky and the stars, in an environment more and more polluted by city light.

The SpaceBus project has several goals:

Visit SpaceBus this summer to enjoy all the activities offered by SpaceBus and its amazing team. You will also be able to preview Stellina telescope a few months before its official store release.