Be thankful that a monster of a comet is staying out of the inner solar system. Recently, astronomers had a chance to turn the aging Hubble Space Telescope on distant comet C/2014 UN271 (Bernardinelli-Bernstein)… and what they saw was amazing.

Discovered in October 2014 by astronomers Gary Bernstein and Pedro Bernardinelli in archival images in the Dark Energy Survey, C/2014 UN271 was a whopping 29 Astronomical Units (AU) or 4.3 billion kilometers distant at the time of discovery, near the edge of Neptune’s orbit. That alone set a record for the most distant comet discovery to date.

The orbit of C/2014 UN271 is also intriguing. On a 2.75 million year orbit inbound, the comet is definitely a denizen of the distant Oort Cloud, with an aphelion of 39,300 AU distant, or just under 1/7th the distance to Proxima Centauri. Like many comets entering the solar system, C/2014 UN271 gets its orbit tweaked slightly on its outbound leg.

C/2014 UN271 reaches perihelion 10.9 AU (1.6 billion kilometers) from the Sun just under a decade from now in January 2031, just exterior to the orbit of Saturn. C/2014 UN271 is no threat to Earth or any planet in the inner solar system, and will only reach magnitude +13 near perihelion, visible only in a large amateur telescope.

Measuring the true size of such a distant object is tricky; though already active, Comet C/2014 UN271 currently appears as a fuzzy, +19th magnitude point of light. For the study, the team isolated the nucleus by comparing the bright ‘spike’ the center, versus a computer model of the surrounding coma. Then, the team compared the brightness seen in the Hubble images earlier radio images constructed by the Atacama Large Millimeter Array (ALMA).

A comparison of the most massive comets known. Credit: NASA/ESA/Zena Levy/STScI

“This is an amazing object, given how active it is when it’s still so far from the Sun,” Says Man-To Hui of Macau University of Science and Technology in a recent press release. “We guessed the comet might be pretty big, but we needed the best data to confirm this.”

These measurements suggest a large and—like Comet 67P Churyumov-Gerasimenko seen up close by the European Space Agency’s Rosetta mission—an exceptionally ‘black’ object. The nucleus of Comet C/2014 UN271 is an estimated 137 kilometers across, handily beating out the former record holder C/2002 VQ94 by 40 kilometers. UN 271 is actually bigger than some moons, including Saturn’s moon Epimetheus. 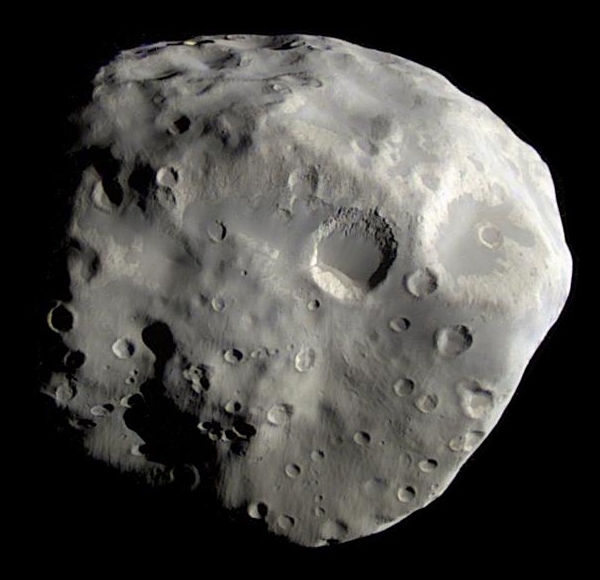 Objects such as C/2014 UN 271 offer a valuable glimpse of the distant Oort Cloud, to include a sampling of the size and distribution of objects. The Oort Cloud was first hypothesized by Dutch astronomer Van Oort in 1950, as a vast reservoir of comets spanning a sphere around the solar system 2,000 to 200,000 AU from the Sun.

Be thankful that C/2014 UN 271 isn’t Earthbound; for context, the Chicxulub impactor the struck the Yucatan peninsula 66 million years ago was ‘only’ an estimated 10 kilometers across. A strike from a UN 271-sized object would spell a bad day for the Earth, a definite extinction level event.

Thankfully, we can simply enjoy Comet C/2014 UN 271 from a distance. Hopefully, the soon to be commissioned James Webb Space Telescope will also give us some images of the comet in the infrared this coming summer.

Read the study: Hubble Space Telescope Detection of the Nucleus of Comet C/2014 UN271 (Bernardinelli-Bernstein) in The Astrophysical Journal Letters.