What are the top astronomy events you can observe in December 2021? December sees Comet A1 Leonard at dawn, and  the promise of the bright winter hexagon rising at dusk. 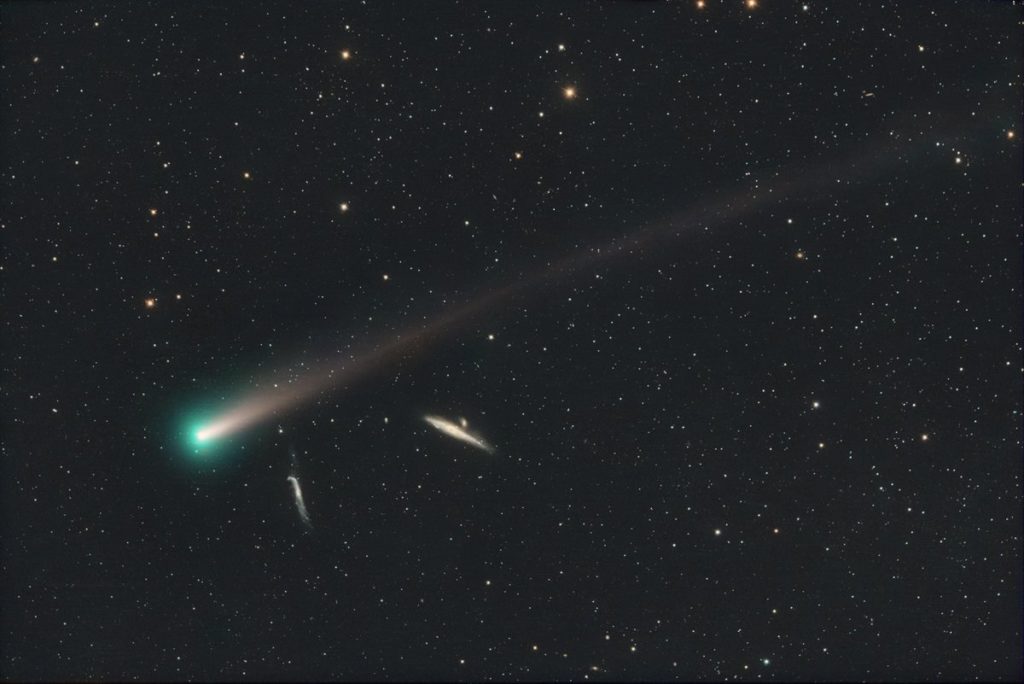 The month of December 2021 brings us home, in more ways than one. Yes, it’s the end of the calendar year. It’s also time for the southward solstice, marking the beginning of astronomical winter in the northern hemisphere, and summer in the southern. But it also marks the return of the Winter Hexagon asterism to the evening sky. So let’s dive into the topic and let’s check out what the top astronomy events for December 2021 are!

Going clockwise from the top, the members of the Winter Hexagon are: Capella, Aldebaran, Rigel, Sirius, Procyon, and the twins Pollux and Castor. Sirius is the brightest star in the sky, and sits due south at midnight on New Year’s Eve. You can tell the twins apart by remembering ‘P’ollux is on the same side as ‘P’rocyon, and ‘C’astor is on the same side as Capella. Betelgeuse tops of the scene, near the center of the hexagon. 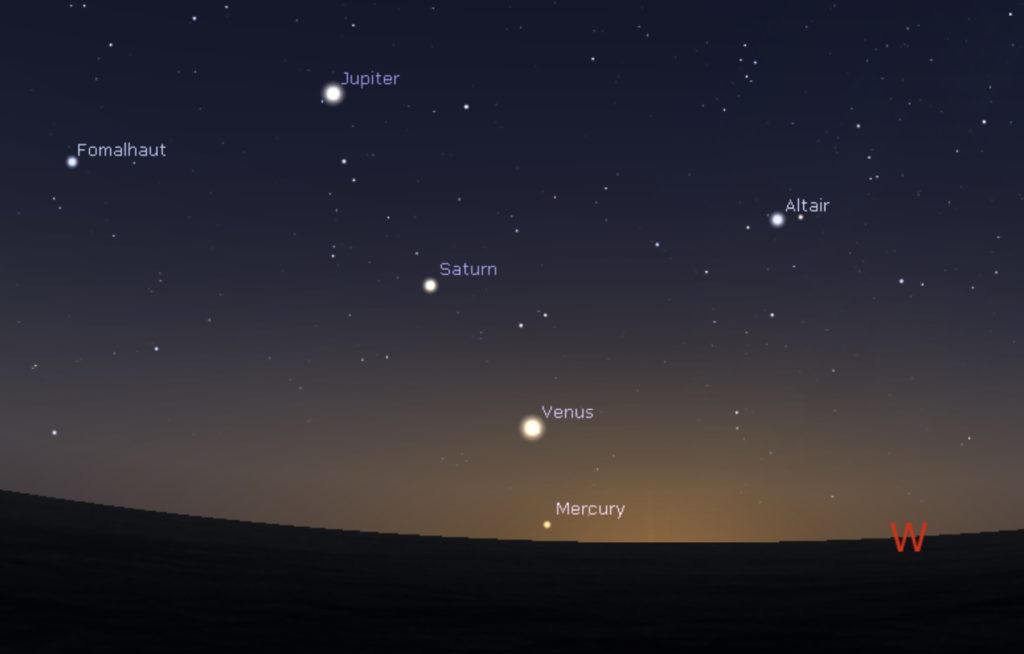 There’s a reason that so many bright stars dominate the December sky. That’s because you’re looking outward from the core of our Milky Way Galaxy towards the Orion Spur, passing through the constellation of the same name. Our Sun is embedded in the Orion Spur, along with the bright December stars in the same direction. In fact, the Galactic Anti-Center is off in the direction of Gemini, very near the open star cluster Messier 35.

In the southern hemisphere, the evening sky in December sees the parade of nearby bright stars continue through Canopus, Achernar and the famous ‘Southern Cross’ Crux riding high to the north near midnight. To some, just spotting the swayback cross of the Crux is the highlight of their astronomical life-list on a journey to the southern hemisphere.

Fun fact: The International Space Station has an orbital inclination of 52.5 degrees meaning that near either solstice, it can enter a period of full illumination, making for multiple bright passes a night worldwide. December favors the southern hemisphere, and in 2021, we enter a six day span of full illumination for the station starting on December 11th.

The Moon in December 2021: The Moon reaches New phase (witha total solar eclipse passing over Antarctica) on December 4th, and reaches Full on December 19th. This is also the most distant or smallest Full Moon of the year (a MiniMoon), and the Long Night’s Moon closest to the December Solstice.

The planetary rundown in December 2021: Venus, Jupiter and Saturn are lined up at dusk, with lonely Mars reemerging low at dawn, and Mercury near the Sun emerging at dusk in the last week of 2021.

The waxing crescent Moon pairs with Venus on December 7th, marking the start of a great series of passes as it slides by Mercury, Venus, Saturn and Jupiter over the course of the week.

December meteors: The December Andromedids—once a great shower in the 19th century that fell into obscurity—may be making a comeback in 2021. Certainly, it’s worth watching for the elusive shower, with the Moon near New in the first week of the month. December is also time for the dependable Geminids, which peak with an expected Zenithal Hourly Rate (ZHR) of ~150 for 2021, on the night of December 13th/14th, five days prior to Full Moon. Finally, watch for the 2021 Ursid meteors on the night of December 22nd, with an expected ZHR of 10-20, three days after the Full Moon, and just three days before Christmas. 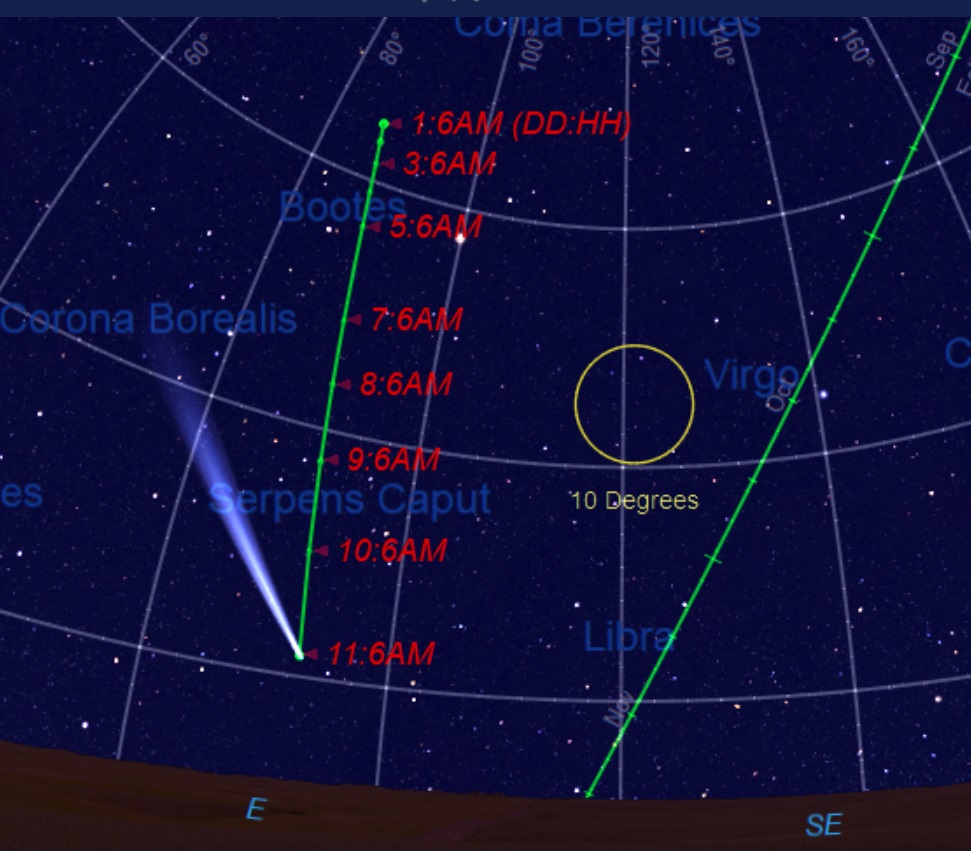 The dawn path of Comet C/2021 A1 Leonard as seen from latitude 30 degrees north looking eastward at 6AM local, from December 1st to the 11th. Credit: Starry Night.

Comets: The first week of December is a great time to nab comet C/2021 A1 Leonard as it begins its plunge sunward. As of writing this, the comet is shining at magnitude +7.5, placed high in the dawn. The comet passes 0.233 Astronomical Units (AU) from the Earth on December 12th and reaches perihelion 0.62 AU from the Sun on January 3rd 2022, exactly one year after discovery. Follow the comet on the morning of December 3rd, when it makes a fine pass near the globular cluster Messier 3 just 12’ apart. The comet might top out at magnitude +4 or so, before we lose it in the dawn by mid-month.

Deep Sky highlight (northern hemisphere) Exploring the Orion Nebula Complex – The Pommel of the sword of Orion just below the belt contains one of the very few nebulae just visible to the naked eye. This is Messier 42, the amazing Orion Nebula. Even in the low power field of view of binoculars or a small telescope, M42 is a fine object, looking like a paper lantern lit from within. This metaphor is apt, because M42 is actually a stellar nursery containing massive stars just starting to shine, blowing back curtains of gas and dust in the process. Crank up the magnification, and you can see a grouping of these young stars near the center of M42, known as the Trapezium. M42 is actually the closest stellar nursery to our solar system, at ~1,300 light-years distant. 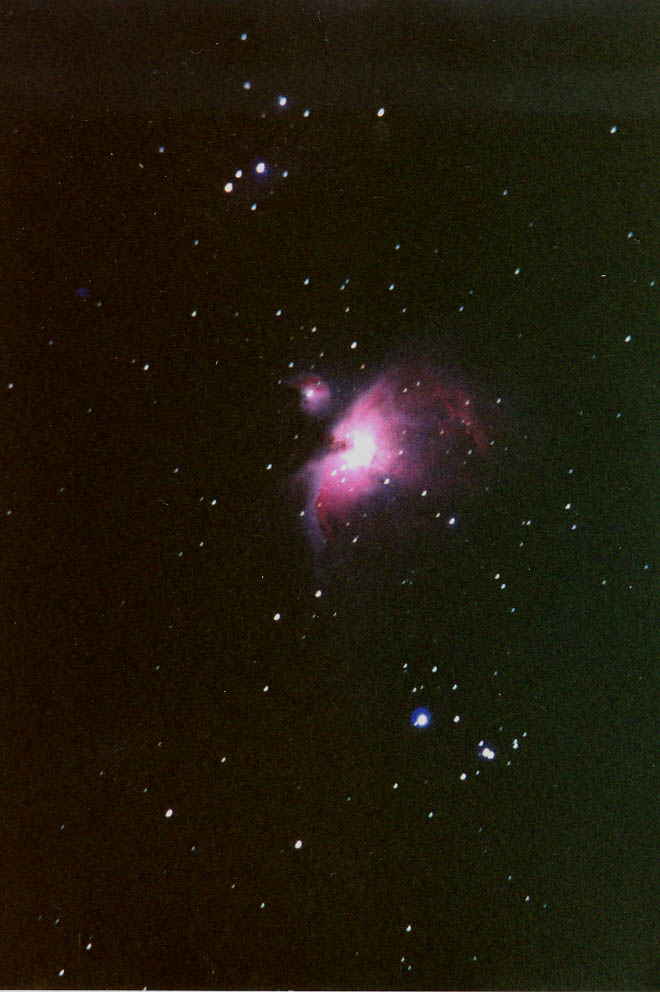 Deep Sky highlight (southern hemisphere) – The Winter Albireo: everyone knows the northern colored double star Cygnus in the tail of Cygnus the Swan… but did you know that there’s a lesser known southern counterpart? Herschel 3945 is in the constellation Canis Major, and possesses two +5th magnitude stars, one blue and one orange-gold. It actually forms an equilateral triangle with Omicron Canis Majoris 2 and Delta Canis Majoris (Wesen), and really pops out in a binocular field of view. The pair are 27” apart, and about 1,400 light-years distant. 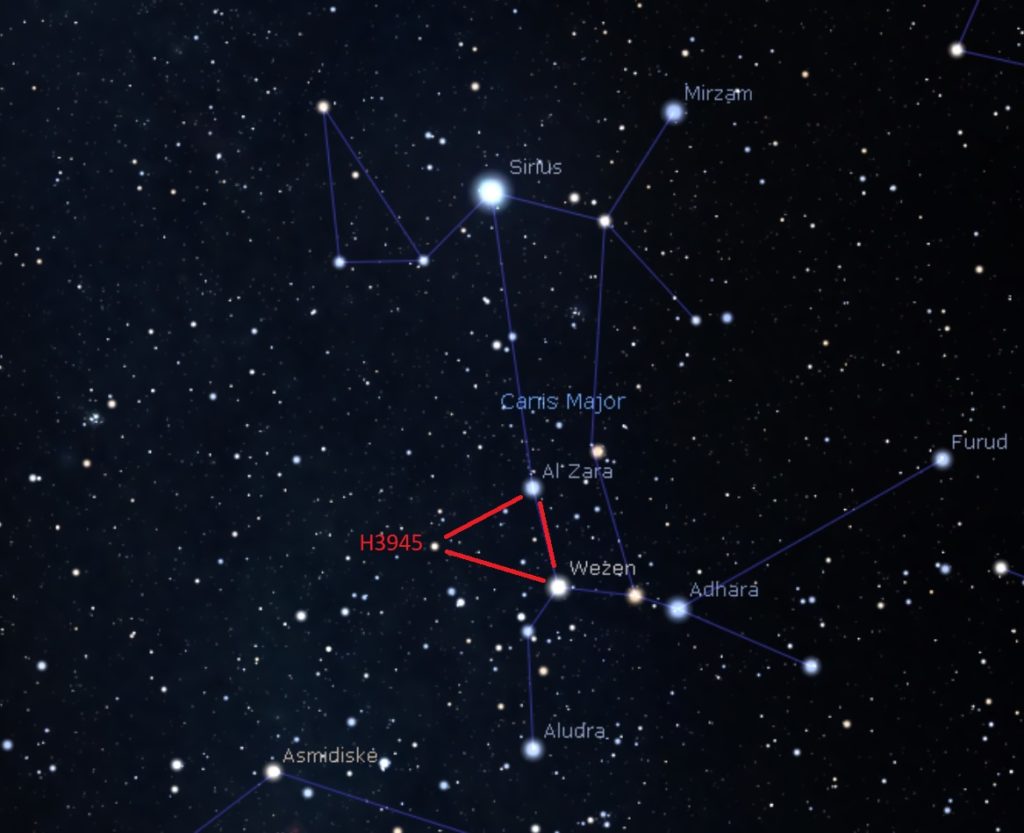 Challenge object (northern hemisphere) – One of the brightest stars of the December sky is also and amazing multiple system. Castor is an easy split of two +3rd magnitude stars, 5.3” apart. I’ve heard folks at star parties say that Castor looks like a far-off set of car headlights in the telescope. Now, see a +9th magnitude star, 72” away? That’s a red dwarf system, physically related to the central pair… but each of these three stars are actually spectroscopic binaries (resolvable via the intertwined spectra of the stars), for a total of six stars in the sextuplet system.

Challenge Object (Southern Hemisphere) Can you spy Sirius B? Ever seen a white dwarf? The brightest star in the sky Sirius possesses one, though its a bashful find. Shining at magnitude +8.7, Sirius B wouldn’t be a tough find… were it not for the dazzling nearby primary, about 10,000 times brighter. On a 50 year orbit, 2021-2022 is a great time to try and spy this elusive white dwarf as it just reached apastron in 2019 at 11” arcseconds distant from its primary. The maximum apparent separation as seen from the Earth is 11.3” in 2023. good luck! 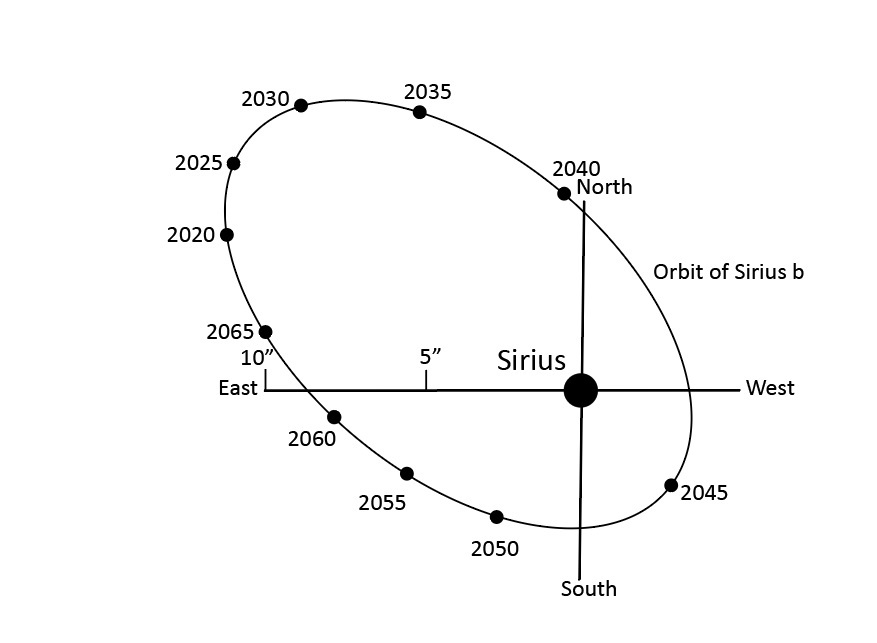 The orbit of Sirius b through mid-century. Credit: Dave Dickinson

19-Full Moon (smallest of the year)

We hope that this top astronomy events for December 2021 will bring many enjoyable observing times for you. Clear skies.