The race is on, in the coming decade, to bring back samples of the planet Mars to Earth for study. And while China has its Zhurong rover exploring the Martian surface and NASA’s Perseverance rover is actively collecting samples in Jezero crater for a sample return mission sometime in the 2030s, the Japanese Aerospace Exploration Agency’s (JAXA) Mars Moon eXploration (MMX) may actually beat them all to the punch.

We’re starting to see more of the JAXA MMX mission take shape this year. The international mission would launch on a Mitsubishi Heavy Industries H3 rocket from Tanegashima Space Center in September 2024. The H3 is currently in development for its inaugural launch with the ALOS-3 and ALOS-4 satellites in early 2022. The mission would journey to Mars for arrival at the innermost Martian moon Phobos, land, and then return to Earth with samples sometime in 2029.

Check out our new CG video for the Martian Moons eXploration (MMX) mission! This was first shown during our online talks, but is now available on #JAXA YouTube. From launch to sampling and the journey home, we cannot wait for the real journey! ? Hi-Res: https://t.co/Rtj2o5ynQU pic.twitter.com/ewc8sIJHXQ

Project manager Yasuhiro Kawakatsu announced JAXA’s plan to collect at least 10 grams of material off of Phobos for Earth return. Tomohiro Usui also stated this past summer that up to 0.1% of the surface material on Phobos could be from Mars itself, kicked up by dust storms or impacts. We see occasional meteorites from Mars delivered to the Earth in the same fashion. Study of material from Phobos could also go a long ways towards understanding the origin of the two Martian moons: are Phobos and Deimos captured asteroids, or fragments of Mars itself?

Though JAXA is the primary lead on the mission, other space agencies worldwide are participating as well. NASA with supply the MEGANE (meaning ‘eyeglasses’ in Japanese) Mars-moon Exploration, GAmma ray/NEutron spectrometer. The European Space Agency (ESA) will provide communications components for the spacecraft, as well as deep space tracking via its global network and missions already in orbit available for relay, such as Mars Express and the Mars Trace-Gas Orbiter.

France’s National Centre for Space Studies (CNES) will also develop the MMX InfraRed Spectrometer (MIRS) for the mission, as well as partner in building a small rover for the mission along with the German Aerospace Center (DLR). This comes as JAXA will hold a symposium this month on November 27th talking about the future of the space agency, including the MMX mission.

JAXA has some experience now with bringing samples back from asteroids, including its 2010 Hayabusa-1 mission to asteroid 25143 Itokawa, and the 2020 Hayabusa-2 mission return from 162173 Ryugu. This would also be the first successful Mars mission for JAXA, and the first landing on Phobos.

JAXA’s Nozomi mission failed to enter orbit around Mars in 2003, and Russia’s Phobos-Grunt mission got stranded in Earth orbit due to a failed Fregat upper stage and reentered the Earth’s atmosphere on January 15th, 2012. 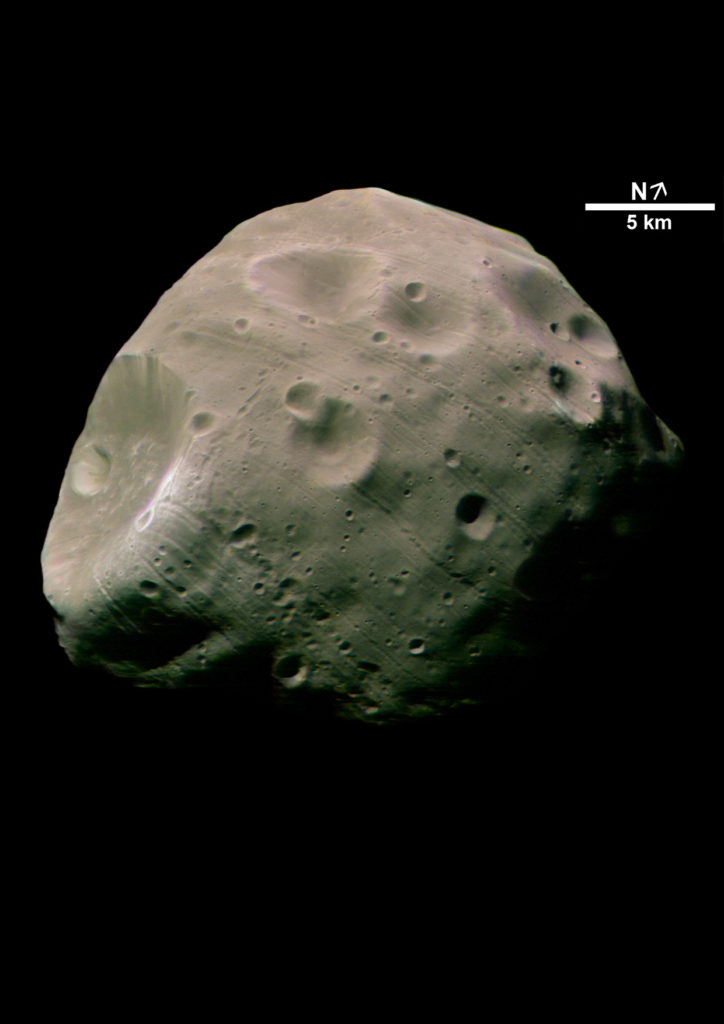 Phobos is certainly a bizarre world, worthy of further study. NASA and ESA missions past the moon show a heavily-grooved, potato-shaped rock. Phobos orbits Mars once every 7 hours 39 minutes, faster than the planet rotates, meaning that from the surface of Mars, Phobos would actually rise in the west and set in the east. Rovers including Curiosity have actually caught Phobos transiting in front of the Sun, and used the measurements to understand and refine the orbits of the wayward moon. 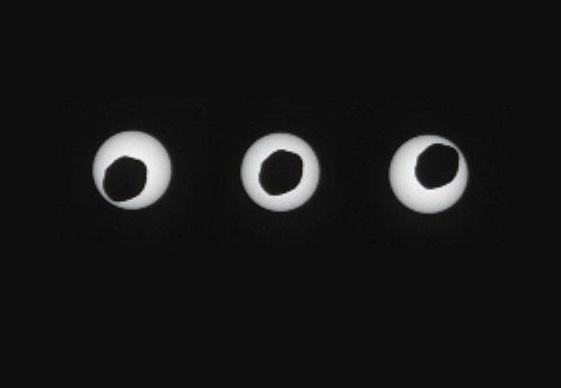 What’s more, Phobos can’t keep this act up forever. In about 30-50 million years, the moon will break apart, crash down on Mars, and perhaps, form a brief ring around the Red Planet… but for now, we can follow the exciting MMX mission’s journey to Mars and back.