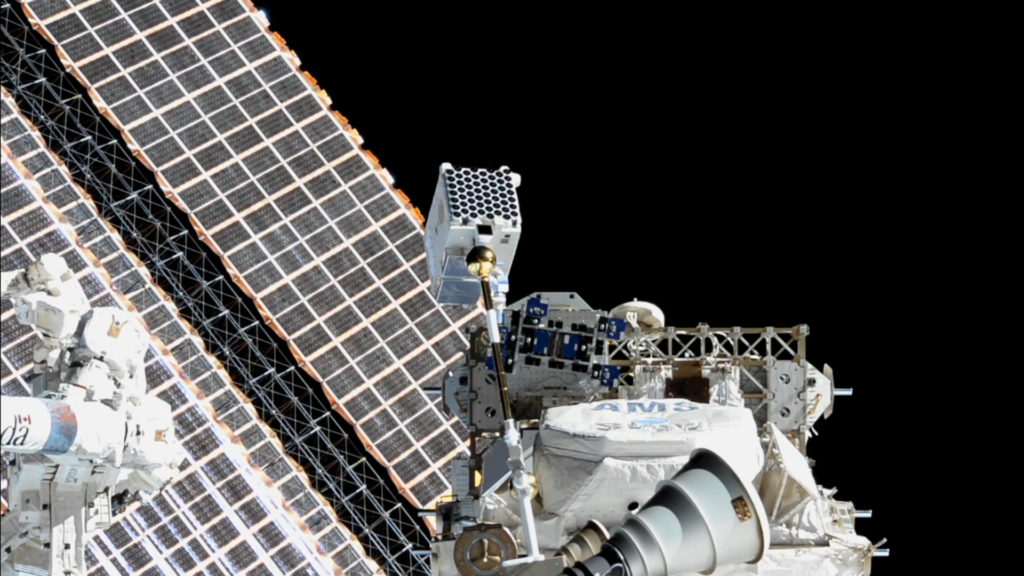 NICER (the square-shaped array, in the center of the image) on the exterior of the ISS. Credit: NASA

A unique high-flying observatory aboard the International Space Station recently completed a one-of-a-kind discovery, of a bizarre astrophysical object.

On the night of October 10, 2020, NASA’s orbiting Neil Gehrels Swift observatory spotted an anomalous source: a fast-spinning magnetar, blinking in the x-ray spectrum once every 10.4 seconds. The Neil Gehrels Swift observatory is designed to track gamma-ray bursts, but it occasionally spies other curious sources as it scans the sky across the visible light/x-ray/gamma-ray spectrum.

This discovery was soon dubbed SGR 1830-0645, after its position in right ascension and declination in the sky. The fast reaction of Swift allowed researchers to follow of the discovery using the Neutron star Interior Composition Explorer (NICER) to study the source in greater detail. NICER launched aboard a SpaceX Falcon-9 rocket with CRS-11 on June 3, 2017, and is attached to the exterior of the station on the Integrated Truss Structure. Composed of 56 soft x-ray detectors, NICER scans the sky once per 90-orbit in the 0.2 to 12 kilo-electron volt regime, a portion of the spectrum only transparent above the Earth’s atmosphere. NICER specializes in probing the precise timing and interior of neutron stars, particularly suitable in the strange case of SGR 1830-0645.

A neutron star is the remnant of a star 10-25 times the mass of our Sun, which formed as a dense, city-sized spinning core after a supernova explosion. On the order of 1.4 solar masses squeezed in the diameter of about 10 kilometers, a neutron star is held up from further collapse by what’s known as neutron degeneracy pressure.

The sub-species of neutron star known as a magnetar is even stranger. A magnetar possesses a a magnetic field thousands of times more powerful than a common neutron star. This powerful magnetic field can disrupt the thick crust of the magnetar, setting off violent energetic flashes of x-ray pulses like those seen on SGR 1830-0645.

NICER also noticed something curious about magnetar SGR 1830-0645; the x-ray flashes came in triplet sets. NICER watched as the trio of bursts narrowed in duration per every speedy rotation. NICER was able to follow the magnetar for over a month, right up until in became too close to the Sun in November 2020 to observe.

“NICER tracked how three bright, x-ray emitting hot spots slowly wandered across the object’s surface while also decreasing in size, providing the best yet look at this phenomenon,” says George Younes (George Washington university/NASA/GSFC) in a recent press release. “The largest spot eventually coalesced with a smaller one, which is something we haven’t seen before.” 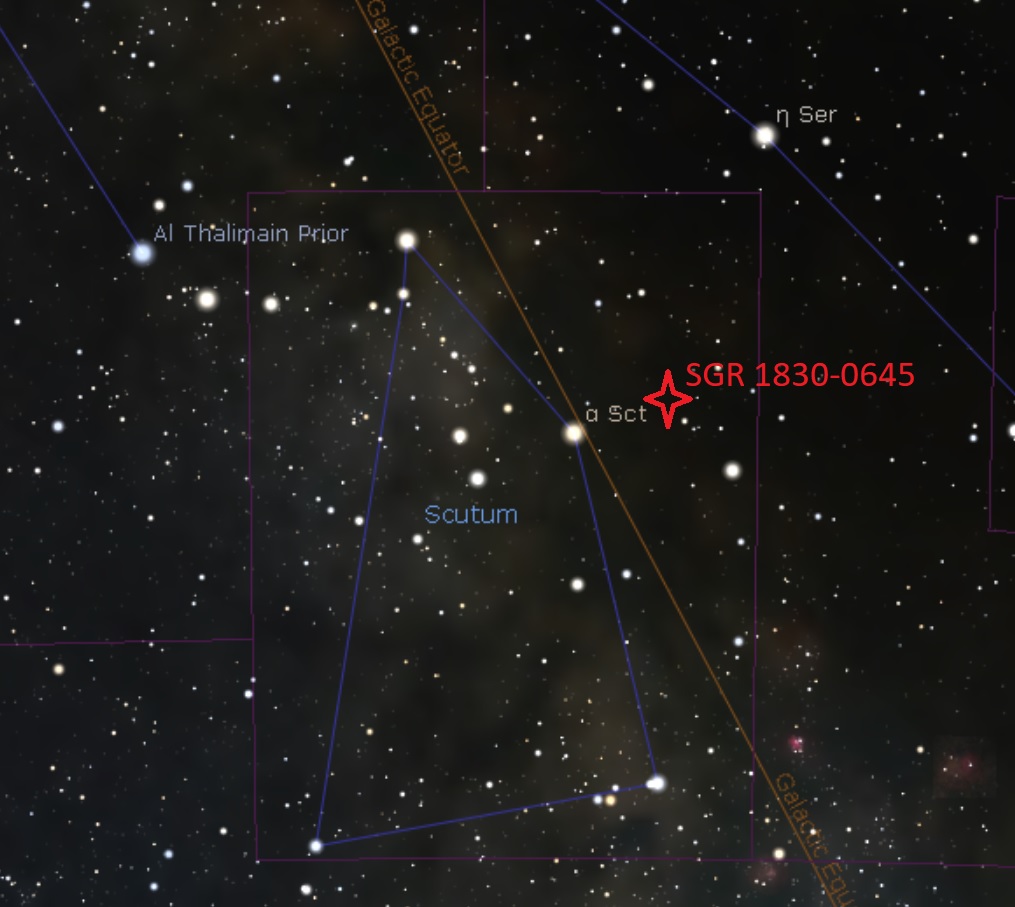 The discovery highlights the ability of NICER to spy surface detail and activity on a magnetar, thousands of light-years distant. This also demonstrates the value of the International Space Station as an astrophysical observation platform, able to power instruments such as NICER and the Alpha Magnetic Spectrometer (AMS-2). NICER also hosts the Station Explorer for X-ray Timing and Navigation Technology (SEXTANT), a pulsar timing experiment designed to test the feasibility of testing the use of pulsars for deep space navigation.

It will be fascinating to see what sorts of amazing discoveries NICER makes, in years to come.