The most beautiful destinations to watch the stars

Vaonis > Tips & News > The most beautiful destinations to watch the stars

Summer is coming and you’re wondering where you could spend your next holidays. Why not run away the endless activity of cities or crowded tourist destinations to reconnect with nature and the starry sky? When was the last time you saw the Milky Way or a shower of shooting stars? Maybe a long time (and for some children, maybe never!). The Vaonis team wanted to share with you its list of favorite places around the world for stargazing. 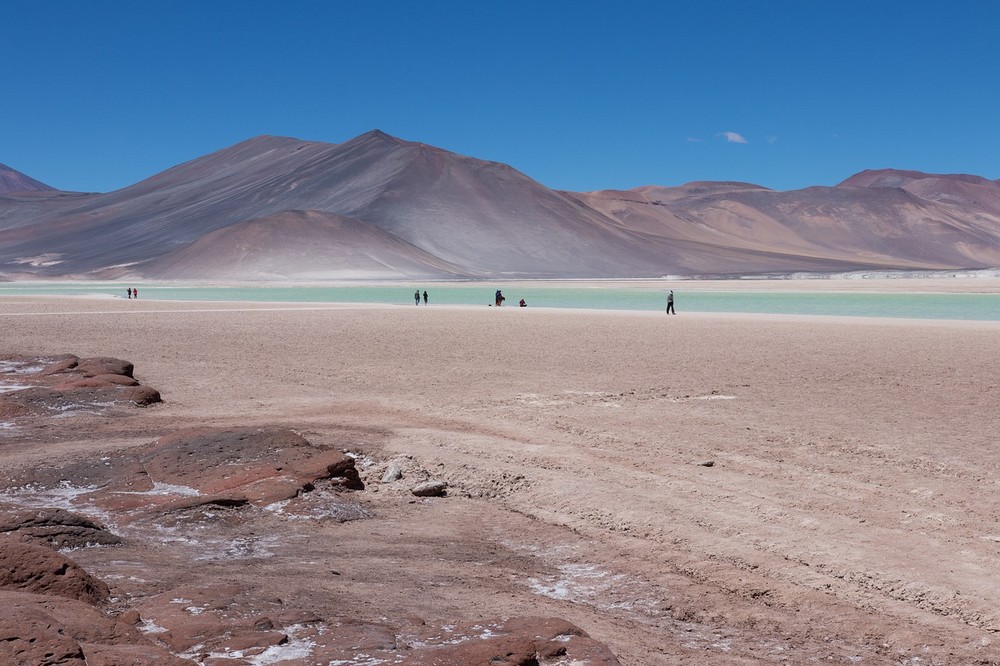 This is probably the most favorite destination of all amateur astronomers from all over the world. The Atacama Desert, located in the northern part of Chile in South America, is one of the driest regions in the world and covers more than 100,000km² (40,500 sq. mi.). Astronomical research centres like NASA have established there to benefit from the purity and clarity of the starry sky. You will be able to visit for instance the La Silla Observatory, the Alma Observatory with its giant antennas or the Cerro Paranal Observatory which hosts the Very Large Telescope. The landscapes of the Atacama desert are breathtaking: turquoise lagoons, salty deserts, volcanoes and geysers, mountains and valleys…  The biodiversity will surprise you by its extraordinary variety of life, despite the extreme weather. Day or night, you will be amazed by the beauty of the Atacama desert landscapes. 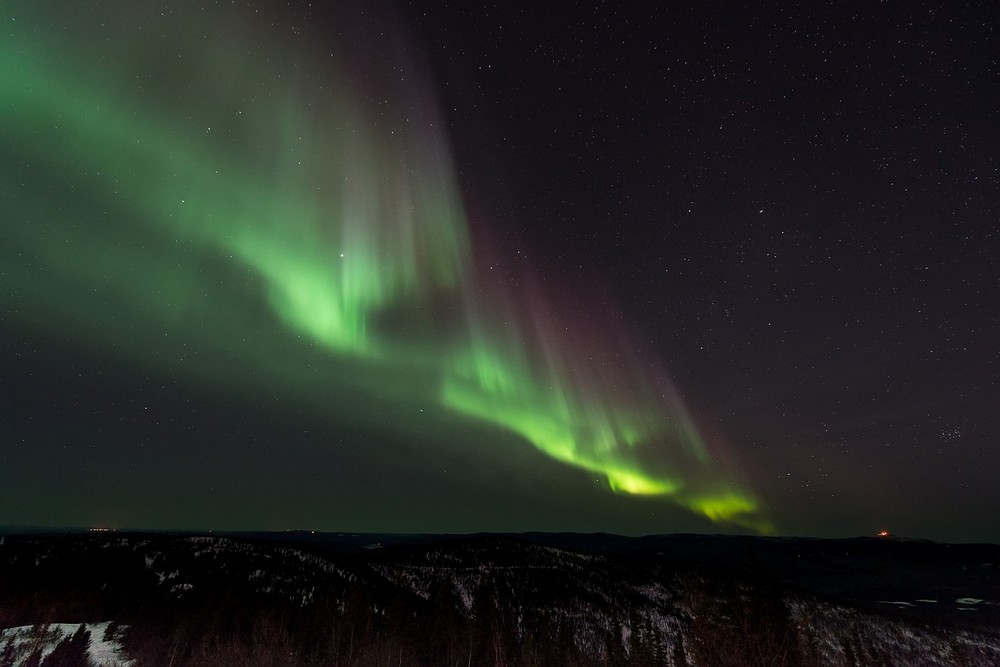 More accessible than Chile if you live in Europe, Iceland also offers breathtaking landscapes. The destination is particularly appreciated for the observation of aurora borealis, but you will need to invest in warm clothes because you will have to be patient until you manage to see northern lights. Iceland also offers varied and beautiful wild landscapes: you can hike among glaciers, volcanoes, geysers, hot springs and lava fields, but the weather is difficult to predict.
The good thing in Iceland is that you will not have to drive several hours before enjoying a sky and air free from pollution (there’s only 330 000 inhabitants in Iceland, the population of a small town in France!).
Be careful, the summer days are very long there. At the June solstice, locals can observe the sun for up to 24 hours… It is called the Midnight Sun. To enjoy the beauty of the starry nights and the auroras, you will have to wait until the end of August to visit the island (until the end of April). In winter, the nights are very long (only 5 hours of sunshine in December).

Spanish archipelago located in the Atlantic near Morocco, the Canary Islands are also easily accessible for Europeans, with the difference that this destination benefits from a more stable weather (320 days of sun/year). The archipelago is composed of 7 islands, two of which are very appreciated by starry sky lovers, amateurs and professionals alike:
– Tenerife: its national park, located at an average altitude of 2000m, and its Teide volcano have been awarded with the “Starlight Destination” label. Depending on the night, you can observe up to 83 of the 88 recognized constellations. El Palmar viewpoint , located further north of the island, will allow you to enjoy a night under the stars and observe all the beauty of the Milky Way.
– La Palma: here you can find the Roque de los Muchachos Observatory, one of the most important in the world, belonging to the Canary Islands Astrophysical Institute (IAC). Depending on the weather conditions, you will be able to observe a surprising cloud formation: the sea of clouds.
Guided tours are organized in several observatories of the archipelago, where you will be accompanied by astronomy enthusiasts who will share with your their passion of the universe.

Mauna Kea is located on the American island of Hawaii, in the middle of the Pacific Ocean. It is a volcano culminating at more than 4 000m altitude, which hosts several observatories and the largest and most powerful telescopes in the world (it will host one of the Extremely Large Telescopes: the Thirty Meter Telescope). It is one of the most important scientific observation sites in the world. Thanks to its geographical situation and climate (little humidity), the island offers an exceptional night sky, very dark with a very pure air, ideal conditions to observe the stars. 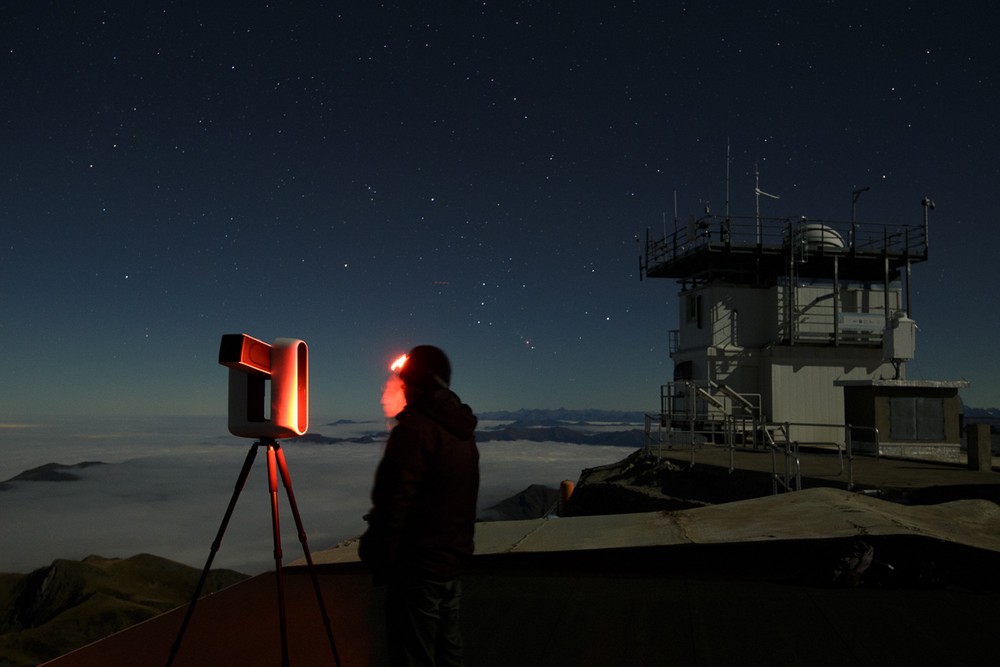 Located in the Pyrenees mountains, between Spain and France, the Pic du Midi reaches an altitude of 2800m and hosts an astronomical and meteorological observatory. Because of its proximity to our offices, it remains one of the favourite places to observe the stars. Accessible using the unique aerial tramway, the site offers an unobstructed view on the mountain range or on the sea of clouds that occasionally forms. The observatory offers stays, guided tours and workshops led by astronomers and scientists. The Pic du Midi has obtained the Dark Sky Reserve label enabling it to enhance and protect its sky as a natural and cultural heritage. Thanks to its involvement and actions (public education, awareness of light pollution, responsible lighting), the site offers exceptionally pure nights. Today, it is the only Dark Sky Reserve labelled by the International Dark-sky Association in France!