Duration And Frequency Of Solar Eclipses 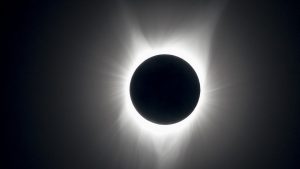 Solar eclipses, due to the conditions they need to bring together, are a rare phenomenon. On August 21, 2017 will be a solar eclipse visible from the United States that the team of Vaonis won’t miss for anything and will record with its Stellina smart telescope. While waiting for the event, we give you some explanations on this singular astronomical phenomenon. After talking about the conditions of appearance of an eclipse in a first article, here is some information on their duration and frequency.

How many solar eclipses per year

In 1000 years, there are 840 partial eclipses, 791 annular eclipses, 635 total eclipses and 114 hybrid eclipses between the Earth and the Moon. This makes it possible to estimate the appearance of an eclipse, any type combined, 2-3 times a year and a total solar eclipse every 3 years. The Great American Eclipse of 2017 is the second and last eclipse to occur in 2017.

Why eclipses do not occur at each New Moon?

The New Moon is the phase of the lunar cycle during which the Moon is found between the Sun and the Earth. It occurs every 29.5 days. During this phase, the Moon is not visible in the night sky. This astronomical phenomenon is therefore similar to that of a solar eclipse. However, for an eclipse of the sun to occur, the Moon must be perfectly located on a line that runs between the center of the Sun and the Earth, an occasion that rarely occurs.

Next total eclipse in France

For people who don’t want to wait that long, the next total eclipse closest to France will be visible from Spain or Iceland and will take place on August 12, 2026. You can see on the image, made by Xavier Jubier (xjubier.free.fr) the trajectory that will follow this eclipse.

Maximum duration of a solar eclipse

Regarding the solar eclipse of the United States of August 21, 2017, you will need to go to Kentucky to enjoy the longest of the event: the eclipse will last 2 minutes 40 seconds.