What Is A Solar Eclipse?

Vaonis > Tips & News > What Is A Solar Eclipse?

Solar eclipses, due to the conditions they need to bring together, are a rare phenomenon. On August 21, 2017 will be a solar eclipse visible from the United States, an event that the team of Vaonis won’t miss for anything and will record with its smart telescope Stellina. While waiting for the event, we give you some explanations on this singular astronomical phenomenon.

An eclipse occurs when one astronomical body is hidden behind another. In astronomy this can happen on different occasions:

This is the most impressive phenomenon. When the Moon is between the Earth and the Sun, part of our planet is in the shadows. Formerly feared and inexplicable, solar eclipses are today perfectly understood and can even be predicted thousand years in advance! 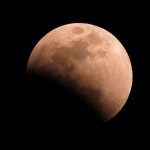 This phenomenon occurs more often than solar eclipse because the Earth has a larger size and is more likely to obscure the moon. Some of you may have noticed that when the lunar eclipse occurs, the moon does not disappear entirely. This is because of the Earth’s atmosphere that acts like a lens and deviate the rays of the sun. The most deviated color is red, that’s why the moon looks sometimes red or orange.

Depending on the apparent diameter of the Moon and the Sun, a solar eclipse can be total or annular. The orbits of the planets are not perfectly circular but rather describe an elliptical movement. As a result, depending on the position in their orbit, the Moon will have an apparent size different from the Sun: 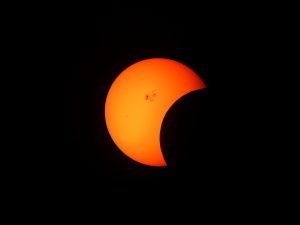 Do not mix diameter and apparent diameter
The diameter corresponds to the intrinsic dimension of the object. The apparent diameter varies according to the place where an object is observed. For example, the stars visible at night have a diameter often similar to the sun, yet they appear very small because of their far distance. The eclipses occur thanks to a nice coincidence, the moon is 400x smaller than the sun but is also 400x closer to us. It is for this reason that these two bodies have a very similar apparent diameter.

On August 21, 2017 will be the second solar eclipse of the year and the first total solar eclipse in the United States since the beginning of the 21st century. This is a highly expected event for amateur astronomers but not only. Millions of Americans will attend this natural phenomenom and have already bought their solar glasses! Even outside of the United States, eclipse hunters and sky lovers have booked their trip to the U.S. more than one year in advance to attend this spectacular event.