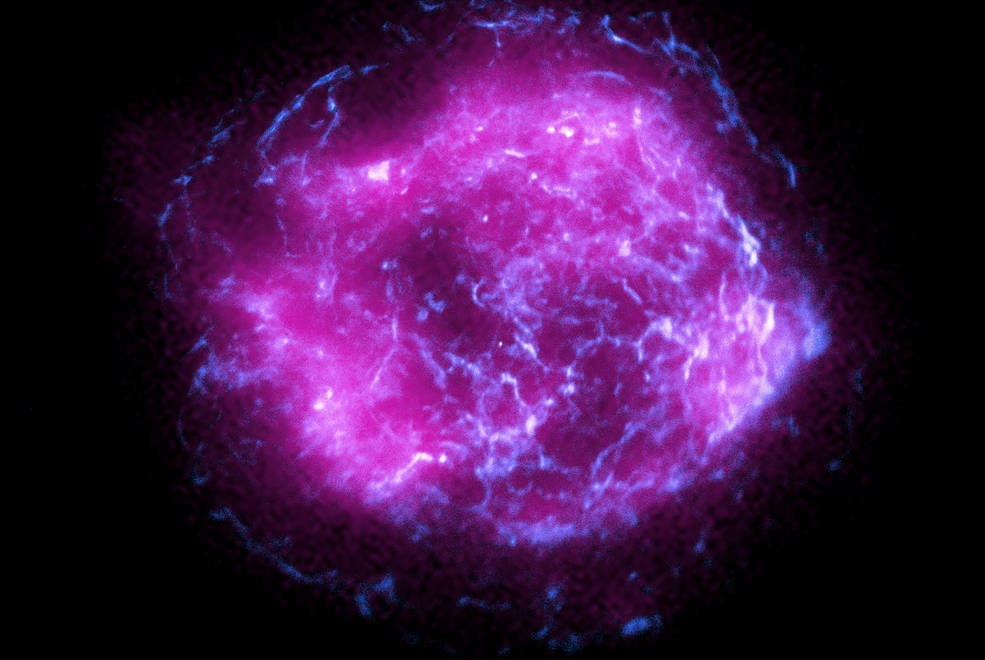 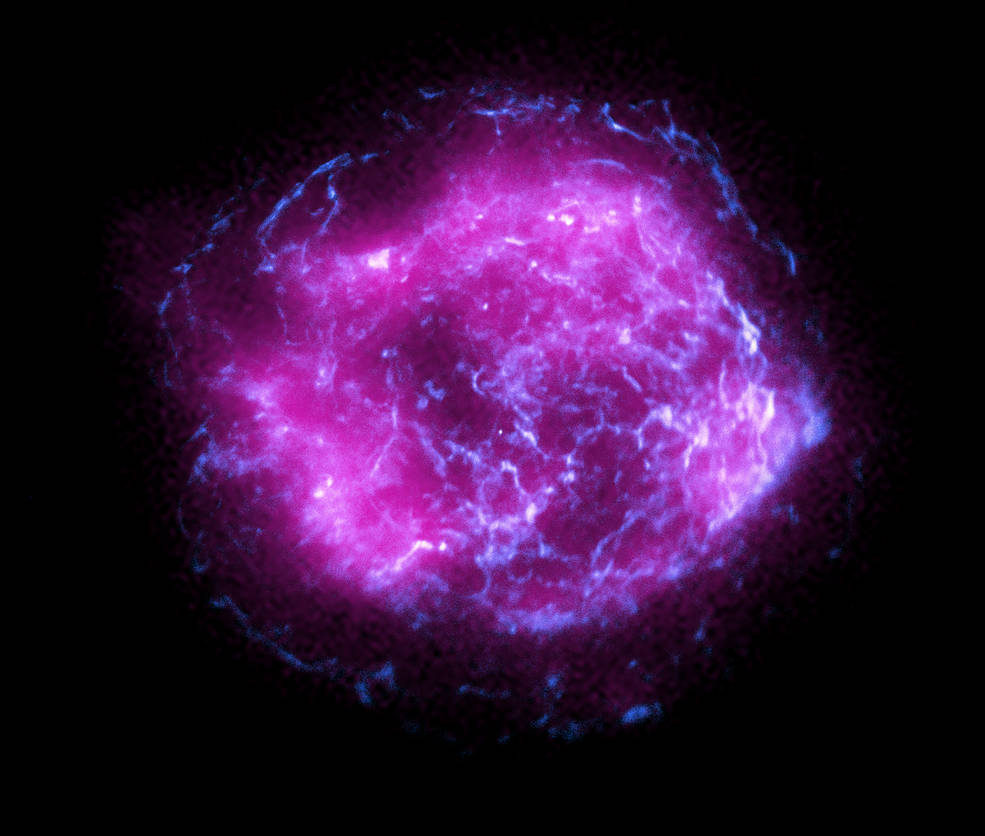 James Webb isn’t the only new space observatory ready to perform cutting-edge science in 2022. NASA just released the first science image from its new Imaging X-ray Polarimetry Explorer (IXPE). Launched at the end of 2022, the mission will explore the Universe at X-ray wavelengths in polarized light.

The image above shows a view of the supernova remnant Cassiopeia A (Cas A) in the constellation of the same name. Located near Beta Cassiopeiae in the constellation of Cassiopeia the Queen, light from Cassiopeia A would have reached the Earth in the late 17th century, perhaps recorded as a +6th magnitude star by astronomer John Flamsteed in 1680. It’s thought that the shrouds of ejected layers might have obscured the true brilliance of the supernova from Earthly eyes. Today, we know that this was actually a supernova in our own galaxy at 11,000 light-years distant, and represents one of the last supernovae known of in the Milky Way.

“The IXPE image of Cassiopeia A is as historic as the Chandra image of the same supernova remnant,” says Martin C. Weisskopf (NASA/MSFC) in a recent press release. “It demonstrates IXPE’s potential to gain new, never-before-seen information about Cassiopeia A, which is under analysis right now.”

The aftermath of the supernova explosion sent shock-waves through the surrounding interstellar medium, apparent in the image. The IXPE image shows a data overlay in magenta, versus previous data gathered by NASA’s Chandra X-ray explorer in blue. The observatory looks at targets in polarized x-ray light, adding in an essential scientific dimension on how the light is traveling through space, giving clues as to the environment from which it originated. Understanding supernovae is crucial, as they forge heavier elements that are later incorporated in later generations of stars and planets.

IXPE will be able to make a first-ever x-ray polarization map across the apparent surface of the remnant Cassiopeia A nebula, allowing astronomers to characterize the dynamics and source of energy across the nebula. Astronomers are also utilizing machine learning data to make measurements gathered by the mission even more precise. 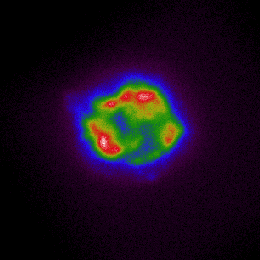 An X-ray map of Cas A, showing ‘hot-spots’ in the expanding nebula. Credit: IXPE/NASA

Launched on December 9th, 2021 from the Kennedy Space Center on a SpaceX Falcon-9 rocket, IXPE is the latest in a long line of space-based x-ray observatories, including Chandra, NuStar and the European Space Agency’s XMM Newton. The observatory is in an equatorial low-Earth orbit, 540 kilometers above the surface of the Earth. 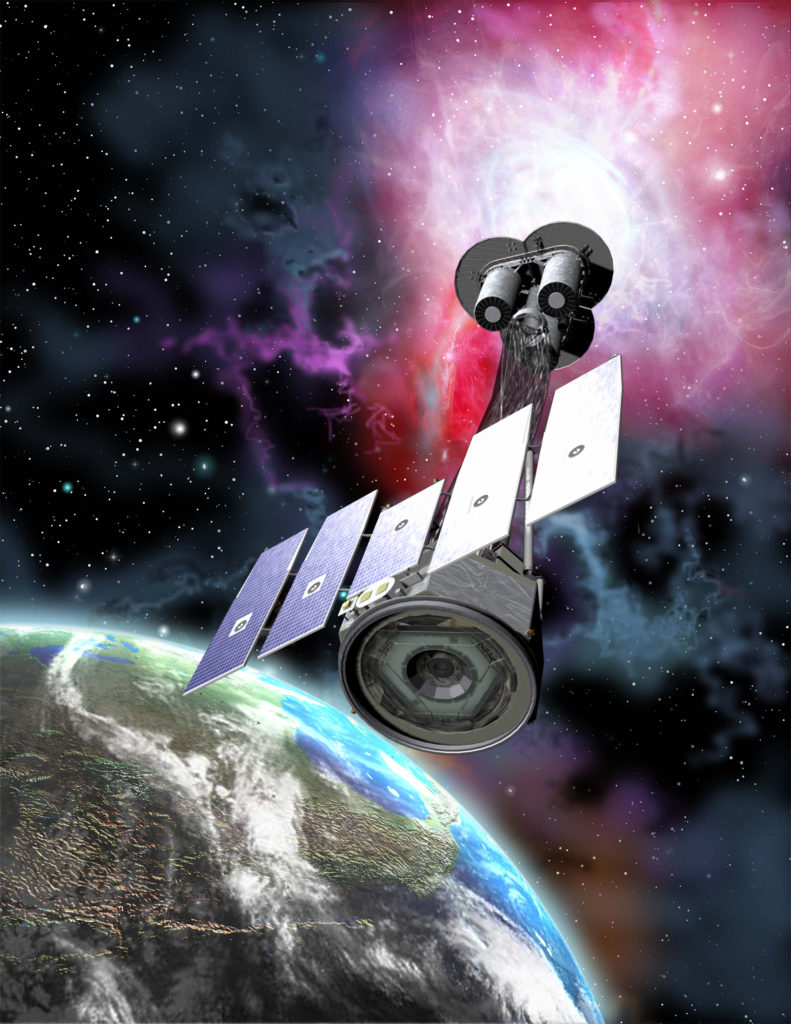 An artist’s concept of IXPE in space. Credit: IXPE.

What’s Next for IXPE

IXPE is the result of a collaboration of NASA and the Italian Space Agency, which provided the unique polarization-sensitive detectors used in the optical system. IXPE has a 2-year nominal mission, though as is the case of many space observatories, scientists and engineers will work to get the most out of IXPE at the end of its planned carreer in a possible extended mission.

Astronomers also plan on using IXPE to study black holes, neutron stars, magnetars, along with distant quasars and active galactic nuclei. The spacecraft carries three identical telescopes on a 4-metre long boom, which was extended after launch. IXPE has an effective field of view of just over 11’, nearly half the size of a Full Moon.

It will be exciting to see what new science discoveries awaits IXPE in the years to come. 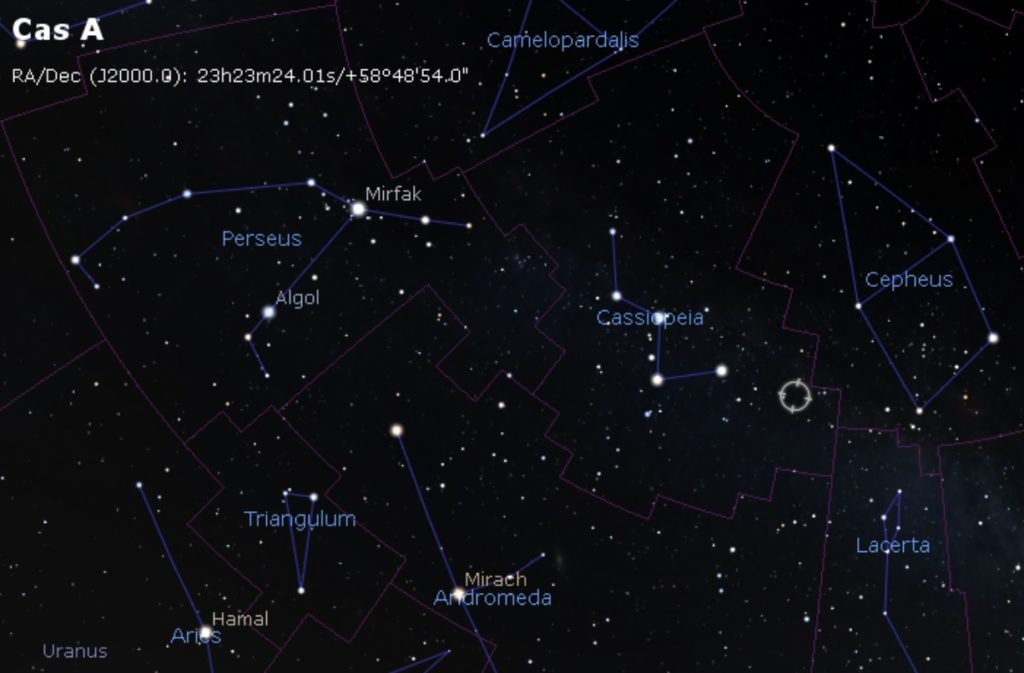 You can actually see Cassiopeia A’s supernova remnant for yourself: Cassiopeia A is a small, but not impossible nebula to resolve with an amateur telescope… it appears as a wisp three arcminutes across, just under six degrees east of the +2.2 magnitude star Beta Cassiopeiae. Observers have managed to glimpse this nebula visually with a telescope aperture as small as 10”… and it should be within the grasp of Vaonis’ Stellina telescope!