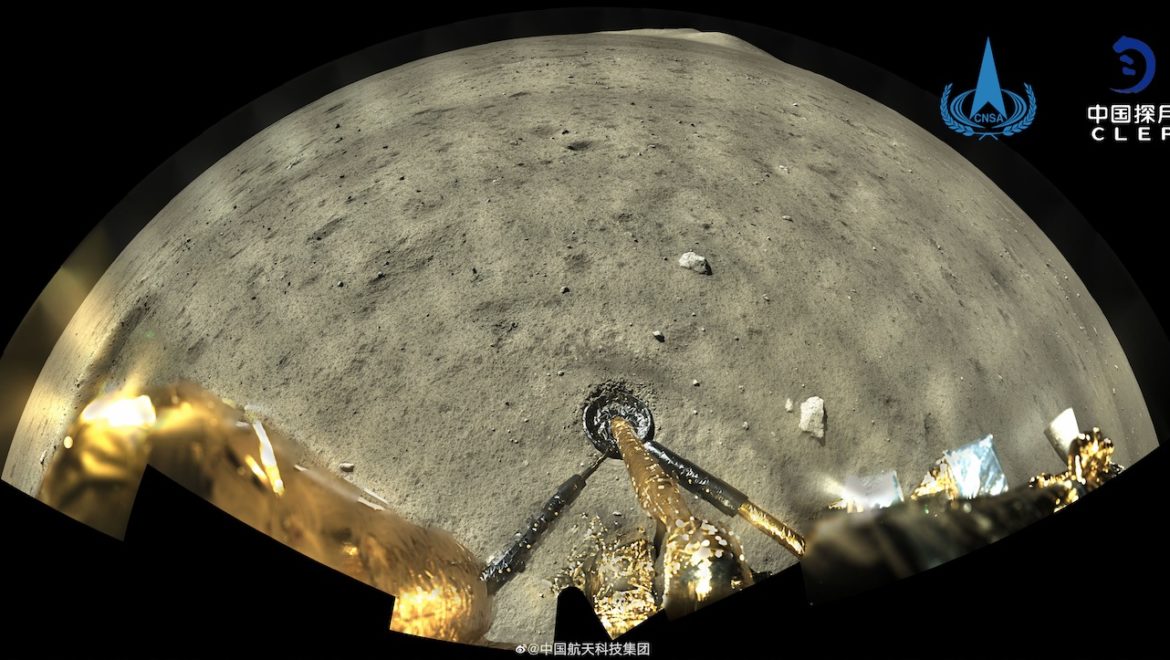 China’s intrepid Chang’e-5 lander makes the first in situ detection of water on the surface of the Moon. 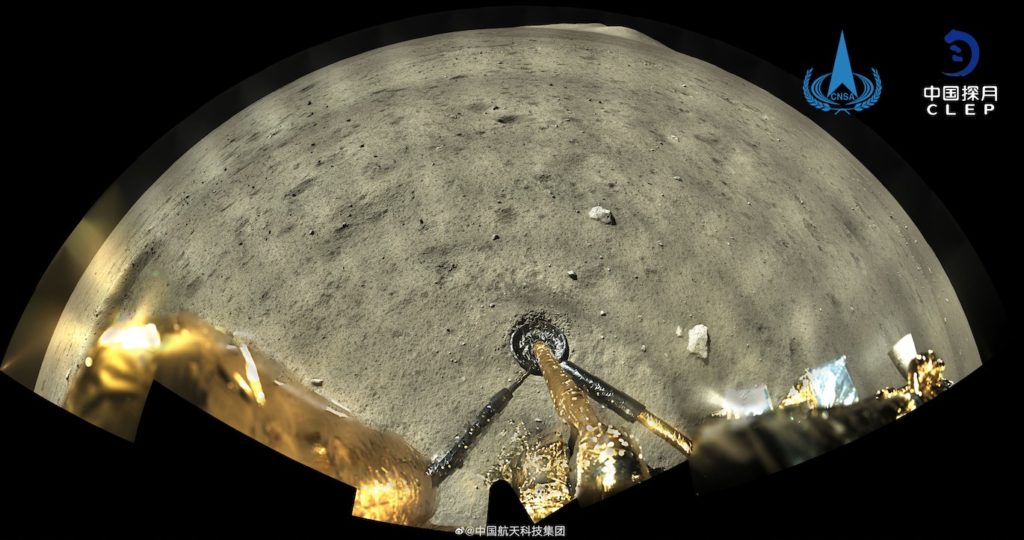 The panoramic view of the Chang’e-5 landing site. Credit: CNSA/CLEP

The idea that the Moon is bone dry is getting turned on its head. A recent paper out from the China Academy of Sciences in the journal Science Advances notes the detection of the chemical compound hydroxyl (OH) of the surface of the Moon. While the detection of water-related compounds has been noted before either in samples or via remote detection, this finding would mark the first time that the elemental constituents of water have been discovered on the surface via up close prospecting.

The landing platform was part of the Chang’e-5 mission that landed on the slopes of the Mons Rümker volcanic formation in the Oceanus Procellarum region on the lunar nearside on December 1st, 2020. The mission included an all-in-one orbiter, lander, and ascent return vehicle, in a single ambitious mission. Though information on the mission from the Chinese National Space Adminstration (CNSA) has–like most of China’s space missions—trickled out slowly to the western press, the agency did post a small press release on the discovery.

The ratio of hydroxyl versus regolith seen in the analysis is tiny: about 180 parts per million (ppm) in the foreground rock, versus 120 ppm in the surrounding regolith. The measurements were made using the lander’s panoramic camera and lunar mineralogical spectrometer (LMS), which made the discovery. 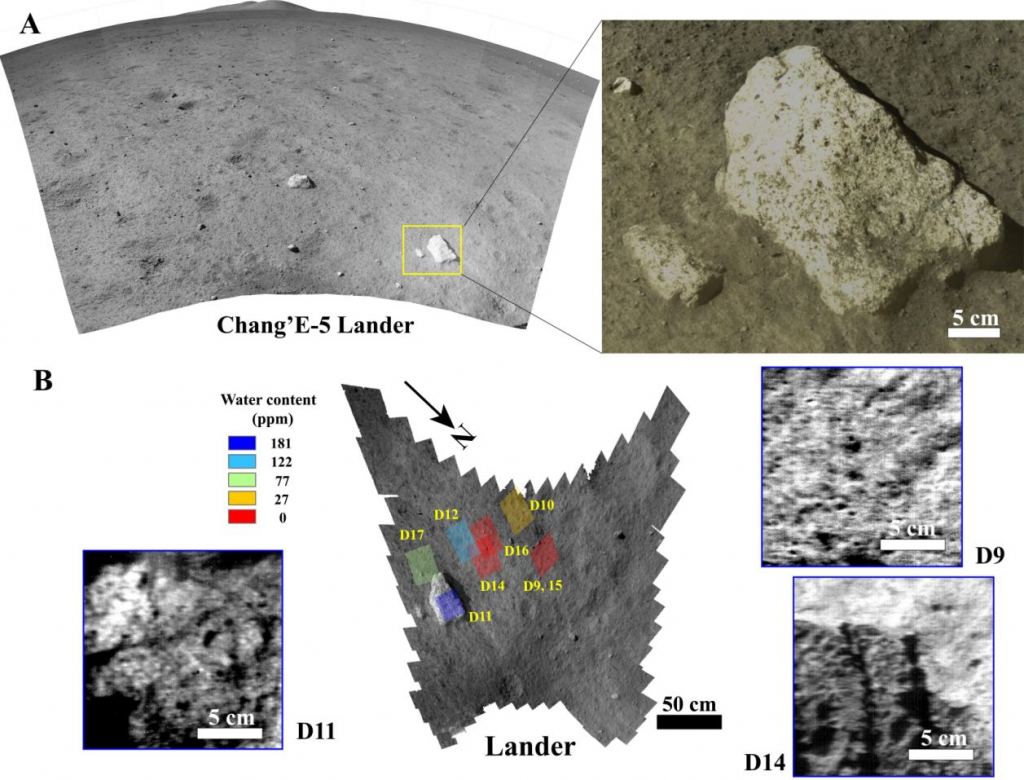 “The Chang’e-5 spacecraft landed on one of the youngest mare basalts, located at a mid-high latitude on the Moon, and returned 1,731-grams of samples,” said the team in a recent press release. “Before sampling and returning the lunar soil to Earth, however, the lunar mineralogical spectrometer (LMS) onboard the lander performed spectral reflectance measurements of the regolith and of a rock, thereby providing the unprecedented opportunity to detect lunar surface water.”

The history of water on the Moon goes all the way back to samples returned from the Soviet Luna-24 mission in 1976. India’s Chandrayaan-1 mission and NASA’s Clementine and Lunar Prospector missions caught tantalizing hints of water ice in permanently shadowed lunar polar craters from lunar orbit, thought to have been deposited by ancient comets. Water was also seen in the spectra of the resulting plume generated by the Lunar Crater Observation Sensing Satellite (LCROSS) impactor in 2009 which struck Cabeus crater, and NASA’s flying Stratospheric Observatory For Infrared Astronomy (SOFIA) found more evidence for surface hydroxyls on the Moon. Unlike the polar deposits or subsurface ice seen in the LCROSS impact, surface hydroxyls seen in the Chang’e-5 samples are caused by solar wind implantation, a process where hydrogen atoms bond with oxygen on the lunar surface.

China has been busy on the Moon. CNSA also completed the only lunar farside soft landing with Chang’e-4 on January 3, 2019, touching down at Von Kármán crater. We still occasionally hear from the Yutu-2 rover on the lunar farside, and the tiny rover recently created a viral stir in December 2021, when China released images of what was dubbed by the internet the ‘lunar hut’ on the distant horizon. Upon closer inspection, however, the ‘hut’ turned out to be a much more prosaic, rabbit-shaped rock. 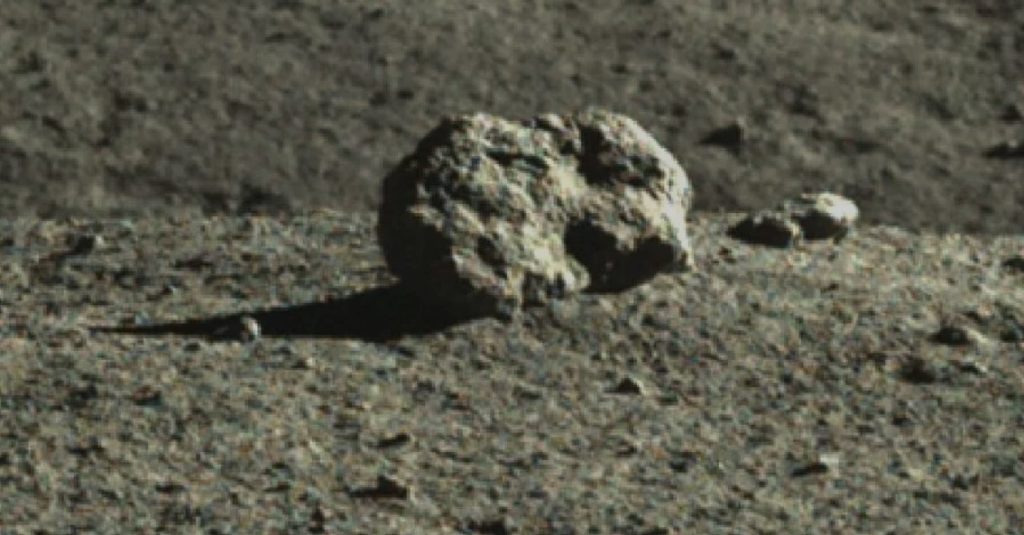 The in situ discovery of OH/H2O compounds is important in showing that the Moon may be much more chemically interesting than thought. To be sure, actually exploiting a resource that’s in the order of 180 ppm would be difficult; you’d have to go though about five metric tons of regolith to get a single liter of usable hydroxyl. Still, those polar regions on the Moon may have lots more water… and what researchers would really like to do is get down below the lunar surface, and see if deposits due to out-gassing are laying in wait.

A battery of lunar missions are returning to the Moon in a big way in 2022 and beyond. One, dubbed the Polar Resources Ice-Mining Experiment (PRIME-1) equipped with The Regolith Ice Drill for Exploring New Terrain (TRIDENT) will head to the Moon  to address this specific question. PRIME/TRIDENT will be aboard Intuitive Machines’ IM-2 mission, headed to Shackleton Crater near the lunar south pole in late 2022.

Be sure to raise a glass of H2O to the almost Full Moon this weekend, and say congrats to China on the discovery of hydroxyls on the Moon.