What can we observe in the sky in December?

Vaonis > Observations > What can we observe in the sky in December?

What can we observe in the sky in December? For this last month of the year, Mars will be in the sky several times, accompanied by beautiful showers of shooting stars!

The planet Mars will offer us several events in December

On December 1st, as it does every 780 days, the Red Planet will pass close to Earth. During this visit, Mars will be at 81 million kilometers from us this time around. As the trajectory of the planet is eccentric, it does not describe a circle but an ellipse, consequently the minimum distance between the two planets varies between 55 million and 120 million km.

The configuration of 2022 is therefore not the most optimal. It will be necessary to wait for the next transits in 2035 and 2050 for the planet to be as close as possible. 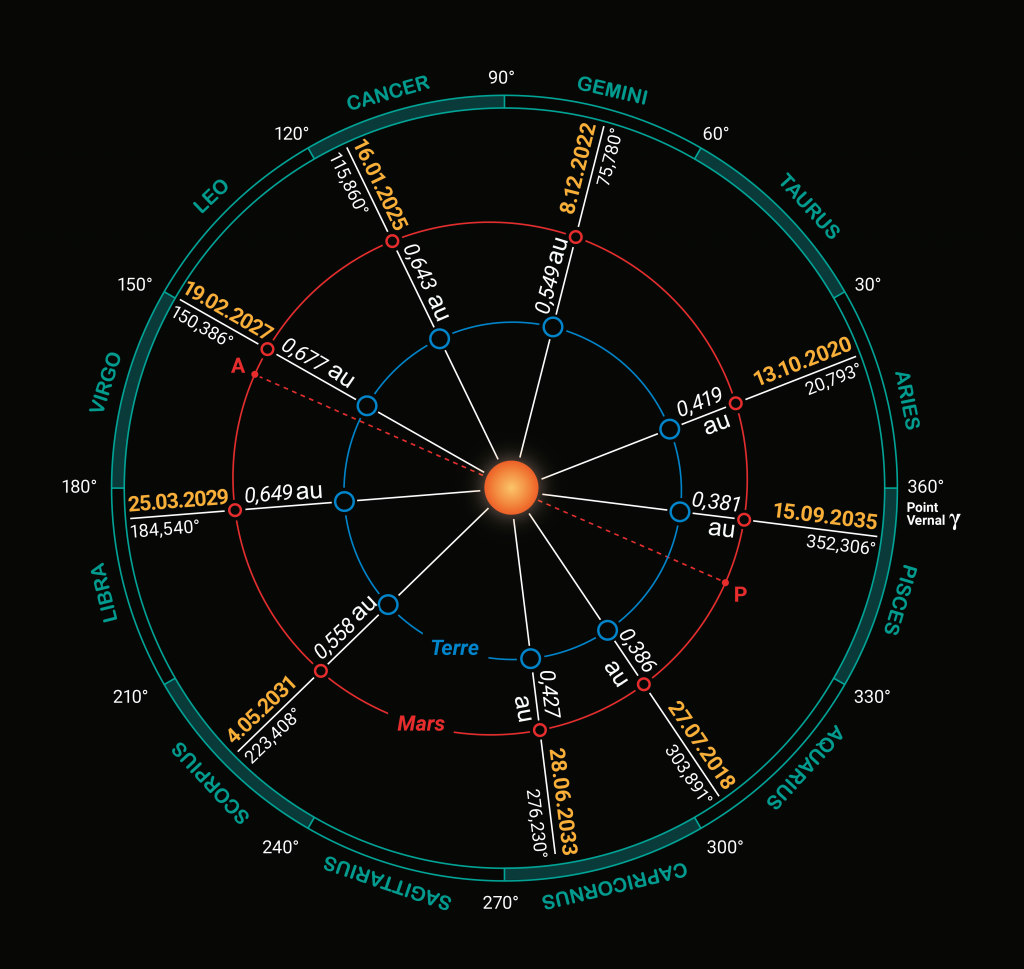 A few days later, on December 8th, the planet will be in opposition: the Sun-Earth-Mars system will be aligned.

On the same day, in some parts of the world, Mars will be playing hide-and-seek with the Full Moon. In Western Europe, Canada and a large part of the United States, the Red Planet will pass behind the last Full Moon of the year. During about 1 hour, between 2H17 UTC and 6H10 UTC, depending on your position, the planet will disappear behind our natural satellite. 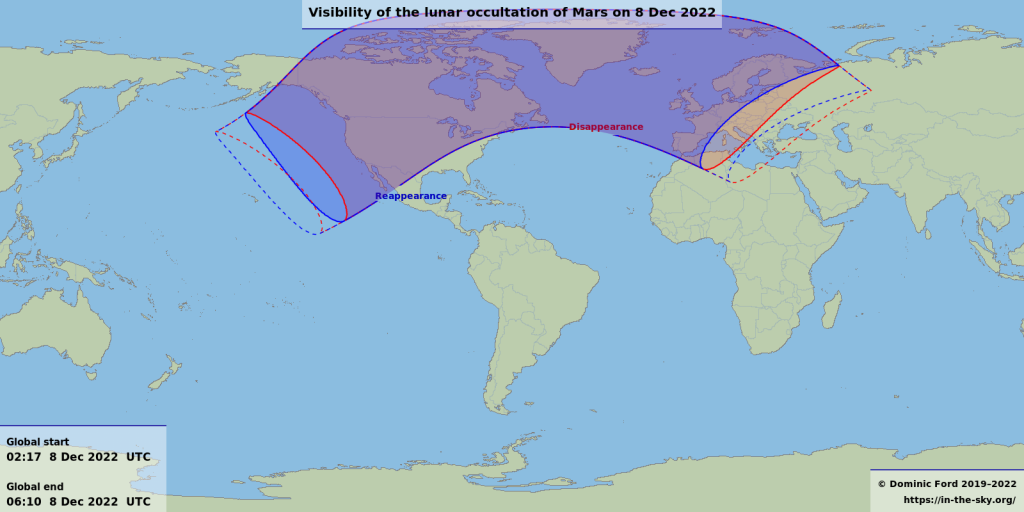 Finally, Mars will be visible simultaneously with the other planets of the solar system at the end of the twilight.

For Uranus and Neptune, you will need an instrument to observe them.

The others will be visible with the naked eye.

Between December 4 and 17, the Earth will pass through the dust and small rocky particles left by the asteroid Phaeton. These fragments will burn up in the atmosphere and offer a shower of shooting stars. The peak of activity is expected on December 14 with rates up to 120 shooting stars per hour depending on your location.

After the Geminid shower, the Ursids will take over between December 17 and 26. The Earth will then pass through the dust deposited by the comet Tuttle. The maximum activity is expected on December 22. The number of shooting stars will be a few dozen per hour.

For those in the Southern Hemisphere, the Large Magellanic Cloud will be high in the sky and in good observing conditions. The new Mosaic mode will allow you to observe different regions of this galaxy, such as the Tarantula Nebula and the open clusters surrounding it. You can also explore another part of the LMC by observing the open cluster NGC 1761 and its environment also rich in clusters and nebulosities. 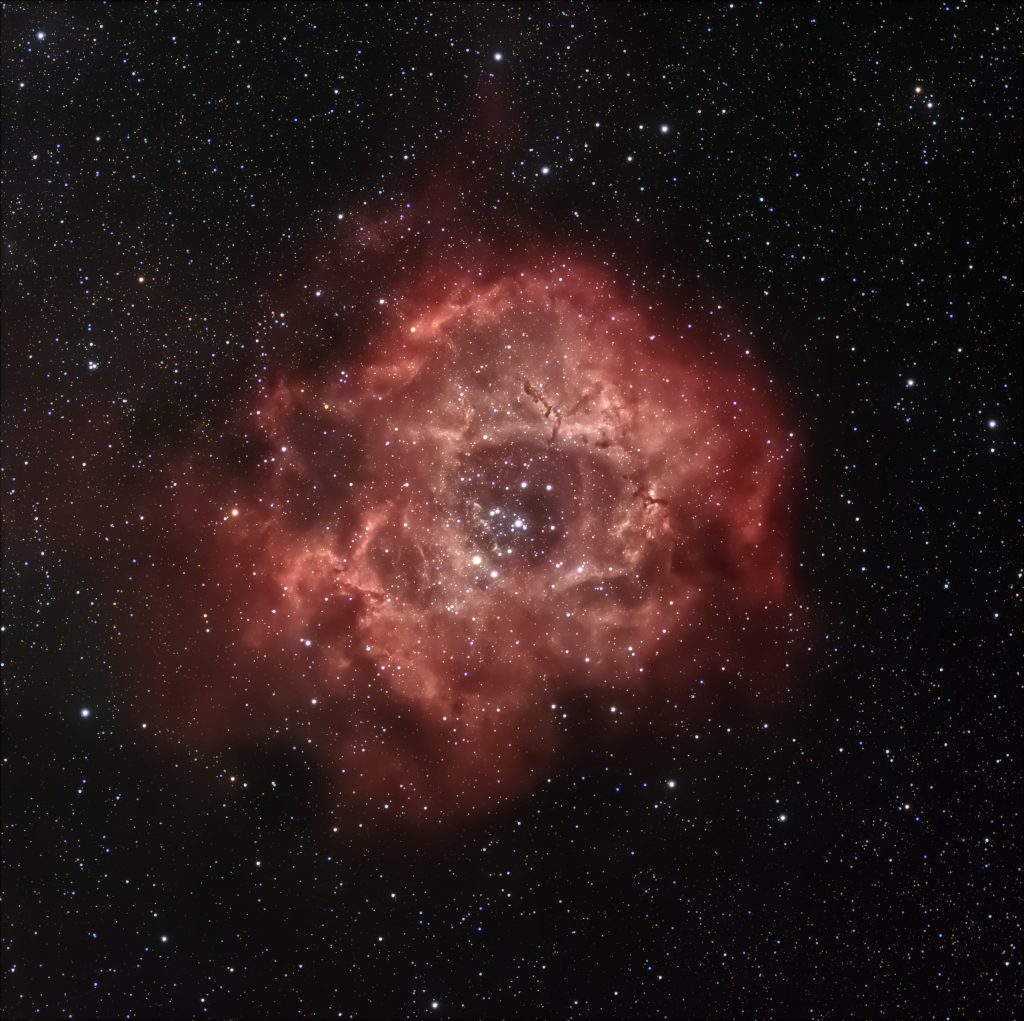 For those in the Northern Hemisphere, the Rosette Nebula will be in good observing conditions in December. It will reach its peak on December 30. Take advantage of the Mosaic mode to get an observation of the whole area.