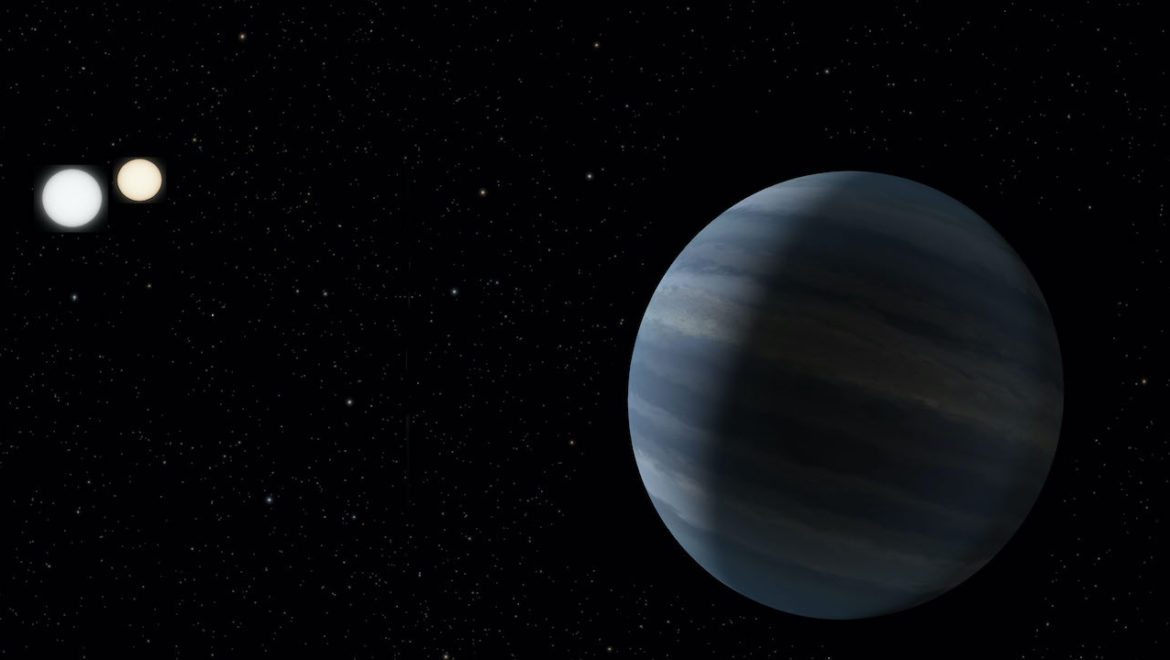 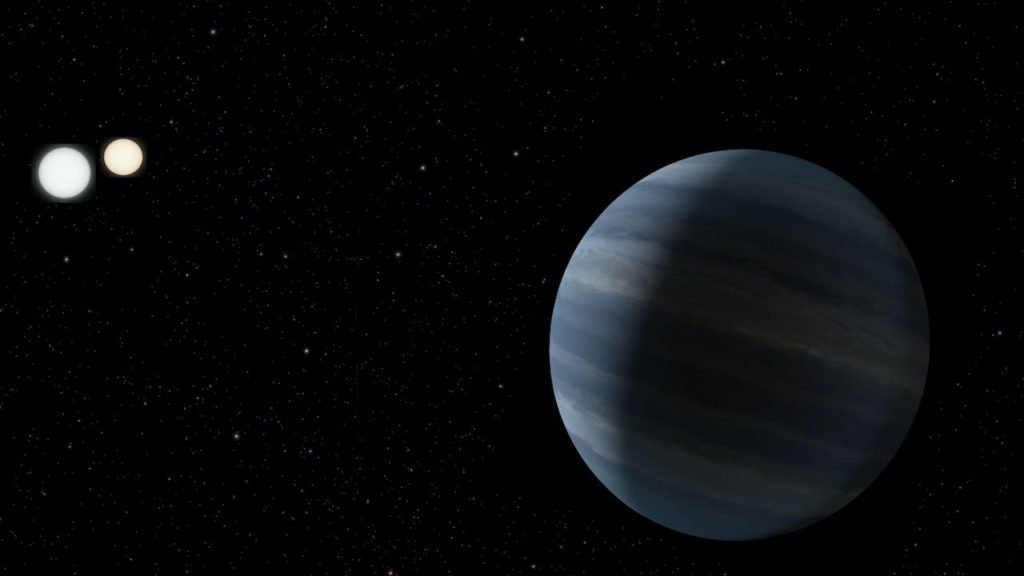 The menagerie of exoplanets just got a little stranger. Add to the fastest, hottest etc… a new find: TIC 172900988 b, a circumbinary world that transits both host primary stars.

Eclipsing binary stars are well known to astronomers: two famous stars, Algol and Beta Lyrae are naked eye variables, dimming and brightening as they happen to pass one in front of another. The same method also works to tease out unseen companions: exoplanets are discovered as a world passes in front of its host star as seen from our line of sight, creating a tiny dip in its brightness.

Circumbinary exoplanets—planets orbiting two stars—have been seen before: the first circumbinary exoplanet discovered was PSR B1620-26 in 2003, and the Kepler Space Telescope found about a dozen of such worlds out of the thousands of exoplanets it discovered. Its successor, the Transiting Exoplanet Survey Satellite (TESS) has found 3,500 exoplanet candidates and more than 150 confirmed worlds and counting since its launch in 2018.

But what they saw in the light-curve of TIC 172900988 b gave astronomers pause. In addition to the expected dip from the tight orbiting primary pair, they caught a double dip about five days apart, as the 2.8x Jupiter mass world transited one star, and then another.

This is a surreptitious find, as TESS only had a 30 day window to observe this patch of sky. This also enabled astronomers to extrapolate the planet’s roughly 200 day orbit around the primary pair using the short observation arc, another first.

The two host primaries are solar mass, G-type yellow dwarfs like our Sun. The world would probably be a scorcher on the inner edge of the system’s habitable zone, but if, like Jupiter, TIC 172900988 happens to possess large moons, there’s always a chance that they’re partially sheltered inside the giant planet’s magnetic field.

The system is located 246 parsecs distant in the astronomical constellation Cancer the Crab, shining at about 10th magnitude. High-resolution imaging in the near infrared part of the spectrum also revealed a possible red dwarf companion in the system, on a wide-ranging 5,000 year orbit.

The last few decades of exoplanet discovery has revealed just how bizarre other solar systems can be. It’s amazing to think: back until the discovery of pulsar planet system PSR B1257+12 in 1990, no exoplanets were known of… and I remember astronomers in the 1980s making the argument that it might just stay that way, as exoplanet detection is just too difficult. Fast-forward to the end 2021, and we now know of 4,890 worlds in the catalog and counting.

And our fair world also transits from the point of view of any known exoplanet along the plane of the ecliptic as well. It’s been proposed that any worlds found along the ecliptic plane would be excellent targets for a SETI search, as they would probably know we’re here, too.

Add just one more interesting world to the catalog, in the ongoing golden era of exoplanet astronomy.